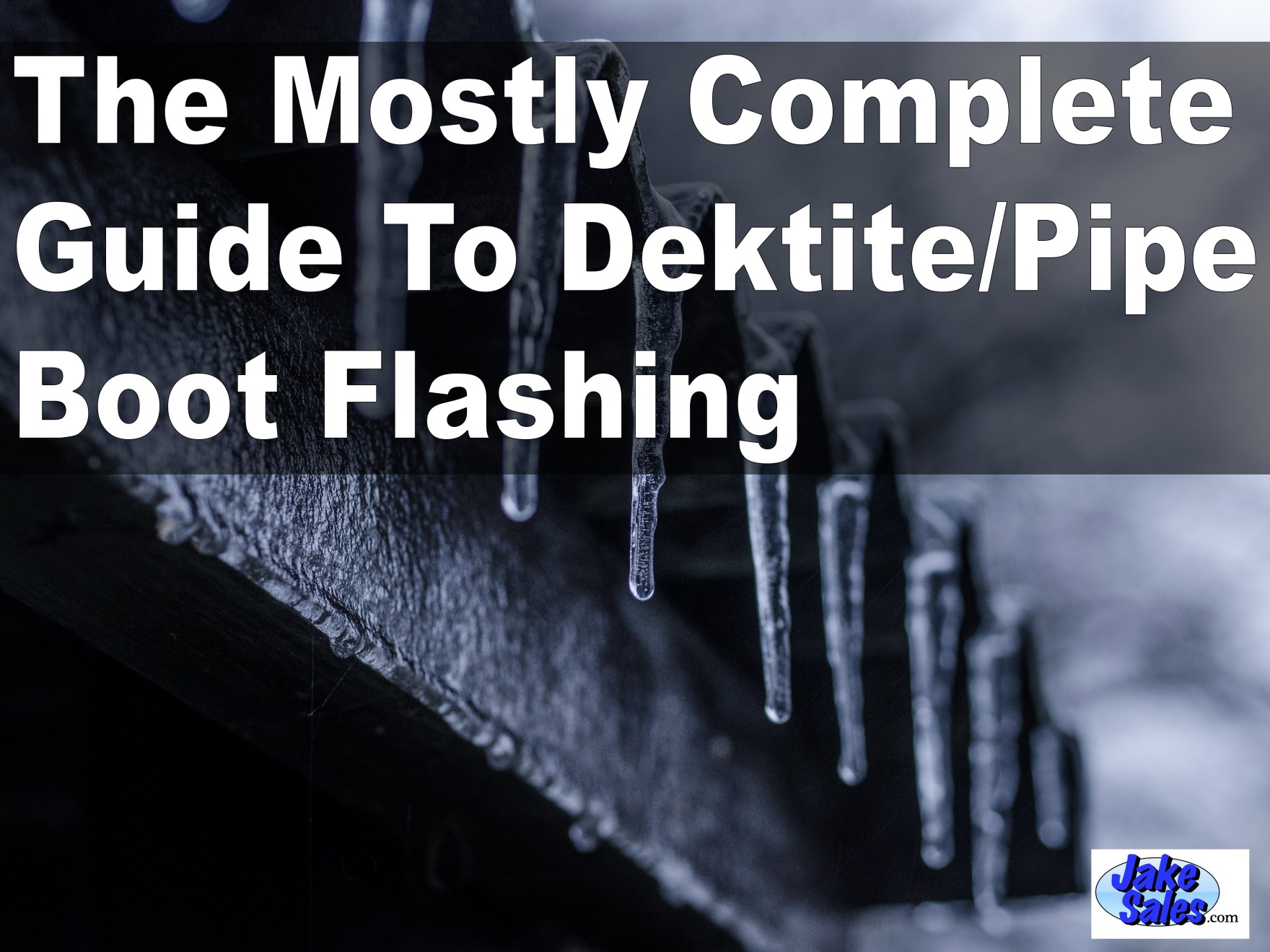 Winter is almost here across most of the United States (and Canada...although is it ever not winter in Canada?) and you know what that means...snow, rain, and wind, lots of it in some places. And snow and rain means water looking for a way to get blown in around any hole in your roof or wall, especially round openings for pipes and chimneys.

Every hole that is cut to allow a vent pipe, a chimney, a conduit, or anything that pierces the roof is a potential vulnerability to water. Especially as harsh winter weather blows water all around and over those surfaces, if there is any area not fully sealed, water will find it. The results can be anything from a mild annoyance that is easily fixed with some sealant or foam to a major leakage problem that requires considerable time and/or money to fix.

The most common way of sealing these various items is by using a rubber cone commonly called "Pipe Boot Flashing", of which we at Jake Sales carry only the top rated one, Dektite, from the Australian company Deks. We have found over the years that their Dektite brand of pipe boots are the best and most reliable means of sealing everything from chimneys to plumbing ventilation pipes. Basically, if a pipe is coming out of your roof or exterior wall, Dektite can seal the opening for you.

Dektite also back their products with a 20 year warranty. No signifiant aging/degradation in the material has been observed throughout multiple independent laboratory tests.

The main purpose of a pipe boot/flashing is to prevent moisture from entering around the opening. While there are other competitors in this industry, Jake Sales only carries Dektite branded pipe boots because they give a superior seal when compared to other brands. Dektite's EPDM or rubber construction allows it to mold itself against whatever surface it is placed on, tightly sealing against the elements.

Other brands usually have a metal collar at the base, which does not allow for as tight a seal against metal. Rubber against metal/wood will almost invariably give a better seal than metal against metal or wood. Dektite pipe boots are also thicker than most of the competing products on the market, giving it even more durability and strength.

Dektite comes in multiple different shapes, colors, and types, each of which is aimed on a different use.There are round, square, combo, Kwikflash, Retrofit, and Dektite solar available at Jake Sales, and its important to know which type you need for your project.

If your metal roof is no greater than a 10/12 pitch (10 inches up for every 12 inches over) than either round or square Dektite are the correct shape. For a roof with a pitch of 10/12 to 12/12 only a square Dektite should be used as using a round one on a roof with that steep a pitch can result in a poor seal, allowing water to seep in. If you aren't sure what the pitch of your roof is, see the video linked at the bottom of this post.

Note: When installing square Dektite pipe boots, it is very important that it be installed with a corner pointing up in a diamond shape. Installing it squarely will result in the Dektite acting as a water dam for water running off the roof, instead of channeling it around the pipe.

If your roof is not a metal roof, but is shingled, than you should not use any of the EPDM or red Dektite types as they are only for metal roofs. Shingled roofs will not only not seal correctly with the wrong Dektite pipe boots, but the chemicals in the shingles can react with the EPDM or red Dektite, causing a reaction that ruins the Dektite and prevents a watertight seal.

The next type of Dektite is the combo type, which is designed for uses when a Dektite cannot be slid over an object in one piece. Combo Dektite has a seam that can be cut along on one side, allowing it to be installed and then resealed with the included clips. A common usage case for this type of Dektite is when power is being brought into a building through the roof through a conduit. Since the power line prevents anything from sliding over the conduit, the combo Dektite can easily be cut along the seam and slid around the conduit. Once resealed it protects against the elements every bit as well as the other Dektite types.

A quick note here on chimneys. Chimneys come in multiple types of wall: single, double, or triple. Single wall chimneys should not be used with Dektite. The lack of an air gapped double or triple wall means that the exposed metal surface in contact with the Dektite can get very hot, so hot in fact as to catch rubber pipe boots on fire. While red silicon Dektite is officially rated up to 392 degrees Fahrenheit (200 degrees Celsius) and can even handle somewhat higher temperatures for brief, intermittent periods, a single wall chimney can get far hotter than that.

Pretty much any case where there is going to be significant heat involved or even the chance of significant heat, red Dektite is the correct choice. But red Dektite isn't the only color available, Jake Sales also carries black and gray colors, although these are not suitable for all applications.

Black and gray Dektite pipe boots are primarily designed for applications such as sealing the ventilation pipes from plumbing systems, or sealing around the wiring and other conduits from roof mounted solar panels. These applications typically do not experience the high heat that would require the red Dektite for safe use, all that is needed is a proper seal around the conduit/pipe in question. Black and gray are only cosmetic differences, either color can be used interchangeably, just pick whichever one looks the best. Black and gray Dektite pipe boots are made from EPDM rubber, which can handle temperatures up to 239 degrees Fahrenheit(115 Celsius) continuous and 302 degrees Fahrenheit(150 degrees Celsius) for intermittent periods.

Black and gray Dektite can also be painted after they are installed, since their EPDM material holds paint well, so long as the paint used is 100% Acrylic.

As solar panels continue to sprout up on rooftops across the country, and with California mandating that all new construction after 2020 must have solar panels on the roof or as part of the building, the various conduits that feed solar power from the panels into the house need pipe boots over them as well. Dektite solar is designed for this usage and is considered one of the best choices available.

No matter which one is needed for your project, it is important to select the correct size of Dektite for the pipe it will be covering.

Going off of the inside diameter of the chimney will result in a Dektite that either doesn't fit at all, or if it is stretched out enough and forced over the chimney, it stretches so far as to rip on the inside and not seal correctly. Make sure your diameter is always the outside one.

When you have found the diameter needed, order the Dektite pipe boot that has a range that will fit the desired diameter. Cut the Dektite between the grooves with only a pair of scissors or tin snips. It should be cut closest to the groove that is the correct size for your application. It is important to never cut across two lines/grooves or use anything other than scissors or tin snips. Even a utility knife isn't recommended as improper cutting will cause the Dektite to tear and no longer seal correctly.

If you are using Dektite that is either already precut (Retrofit) or needs to be cut (Combo), it is important to seal the cut around the conduit. Combo Dektite comes with the clips needed to snap the edges back together. Retrofit Dektite comes with a metal strip that you put over the join and crimp with pliers, forcing the two pieces tightly together.

This concludes this overview of the various Dektite pipe boots carried by Jake Sales. If you have a question that wasn't answered by this guide, please shoot us an email at [email protected] and we will do our best to answer it in a timely manner. We also will be updating this (and all of our guides) from time to time with new information and answers to questions that we get. 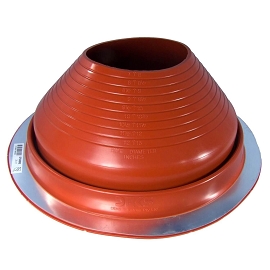 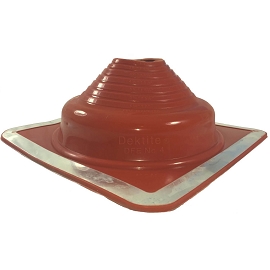 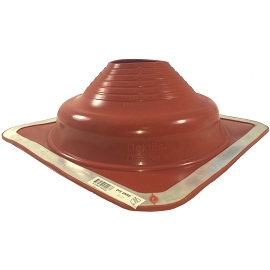 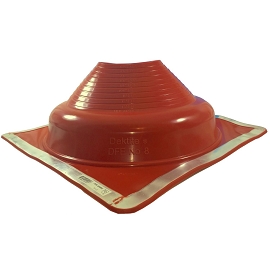 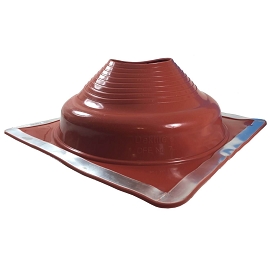 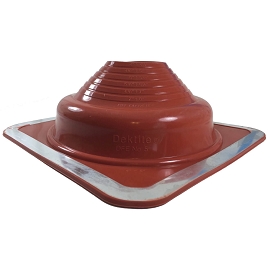 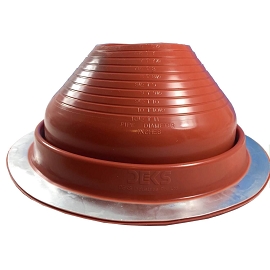 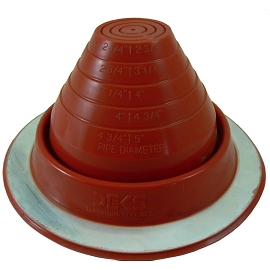 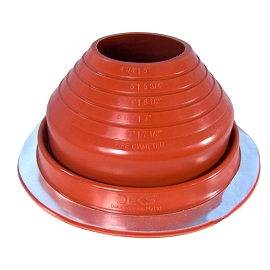 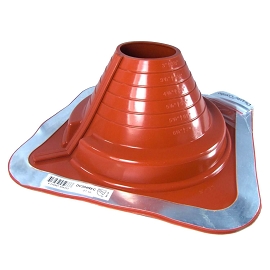 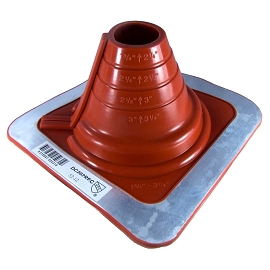 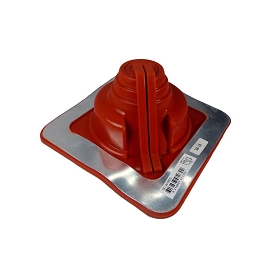 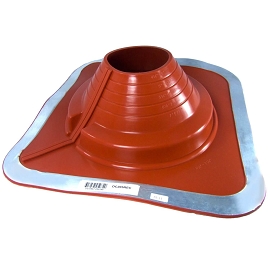 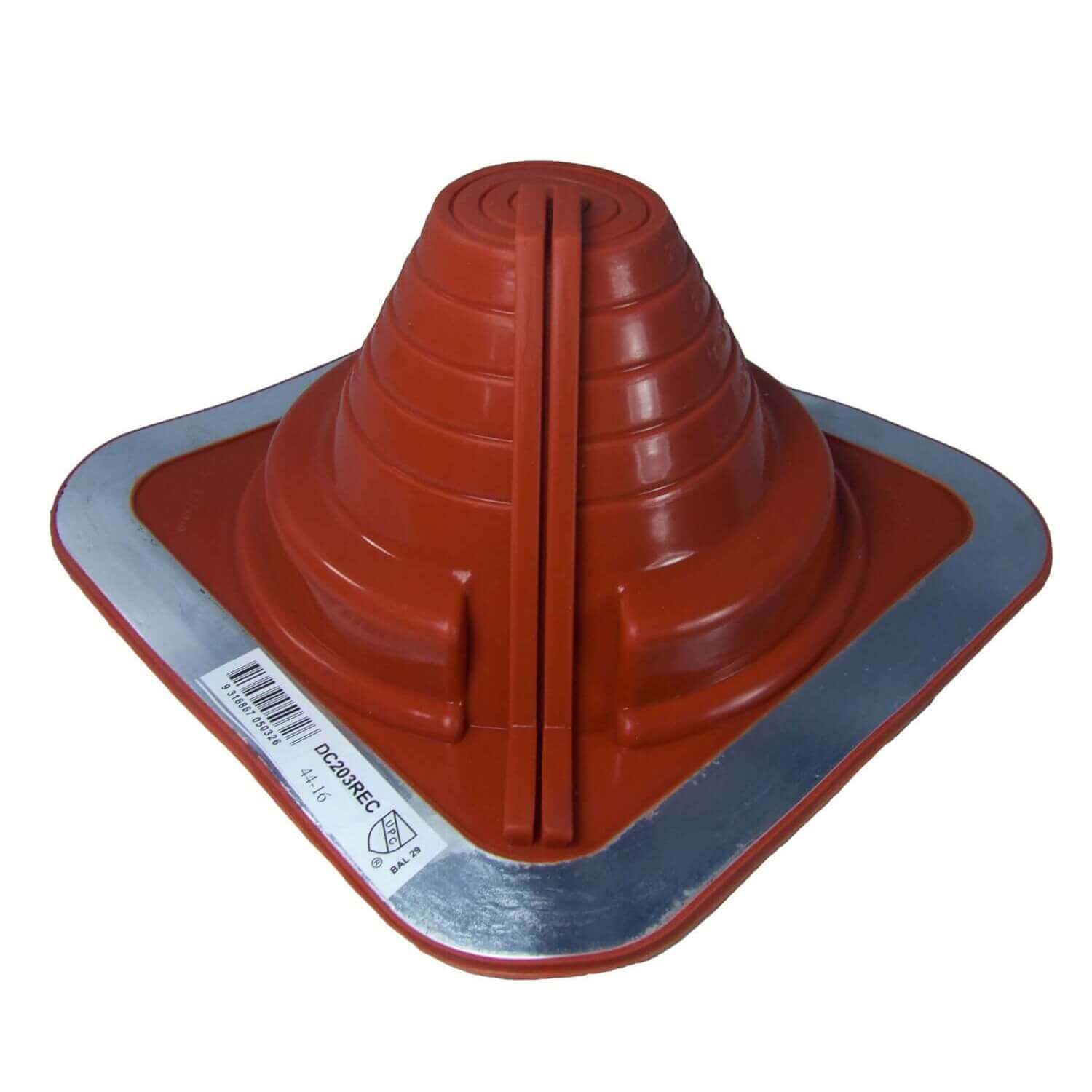 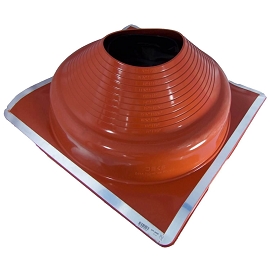 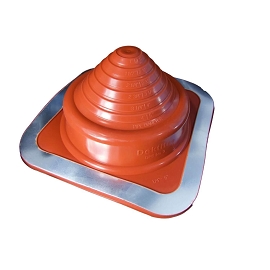 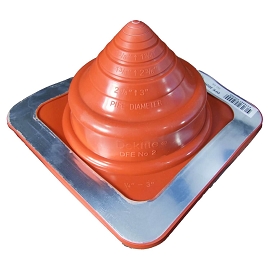 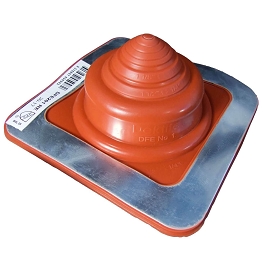 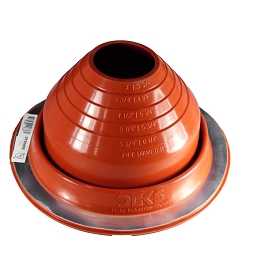 For God so loved the world, that he gave his only begotten Son, that whosoever believeth in him should not perish, but have everlasting life. --John 3:16